American Graduates Finding Jobs in China - Shanghai and Beijing are becoming new lands of opportunity for recent American college graduates who face unemployment nearing double digits at home. Even those with limited or no knowledge of Chinese are heeding the call. They are lured by China’s surging economy, the lower cost of living and a chance to bypass some of the dues-paying that is common to first jobs in the United States.

Article on
Finding Jobs in China 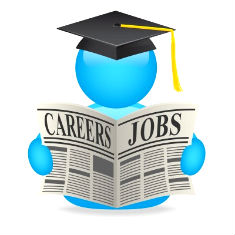 “I’ve seen a surge of young people coming to work in China over the last few years,” said Jack Perkowski, founder of Asimco Technologies, one of the largest automotive parts companies in China. “When I came over to China in 1994, that was the first wave of Americans coming to China,” he said. “These young people are part of this big second wave.”

One of those in the latest wave is Joshua Arjuna Stephens, who graduated from Wesleyan University in 2007 with a bachelor’s degree in American studies. Two years ago, he decided to take a temporary summer position in Shanghai with China Prep, an educational travel company. “I didn’t know anything about China,” said Mr. Stephens, who worked on market research and program development. “People thought I was nuts to go not speaking the language, but I wanted to do something off the beaten track.” Two years later, after stints in the nonprofit sector and at a large public relations firm in Beijing, he is highly proficient in Mandarin and works as a manager for XPD Media, a social media company based in Beijing that makes online games - American Graduates Finding Jobs in China

Jonathan Woetzel, a partner with McKinsey & Company in Shanghai who has lived in China since the mid-1980s, says that compared with just a few years ago, he was seeing more young Americans arriving in China to be part of an entrepreneurial boom. “There’s a lot of experimentation going on in China right now, particularly in the energy sphere, and when people are young they are willing to come and try something new,” he said.

And the Chinese economy is more hospitable for both entrepreneurs and job seekers, with a gross domestic product that rose 7.9 percent in the most recent quarter compared with the period a year earlier. Unemployment in urban areas is 4.3 percent, according to government data. Grace Hsieh, president of the Yale Club in Beijing and a 2007 graduate, says she has seen a rise in the number of Yale graduates who have come to work in Beijing since she arrived in China two years ago. She is working as an account executive in Beijing for Hill & Knowlton, the public relations company.American Graduates Finding Jobs in China

Sarabeth Berman, a 2006 graduate of Barnard College with a major in urban studies, initially arrived in Beijing at the age of 23 to take a job that would have been difficult for a person her age to land in the United States: program director at BeijingDance/LDTX, the first modern dance company in China to be founded independently of the government. Ms. Berman said she was hired for her familiarity with Western modern dance rather than a knowledge of China. “Despite my lack of language skills and the fact that I had no experience working in China, I was given the opportunity to manage the touring, international projects, and produce and program our annual Beijing Dance Festival.”After two years of living and working in China, Ms. Berman is proficient in Mandarin. She travels throughout China, Europe and the United States with the dance company.American Graduates Finding Jobs in China

Willy Tsao, the artistic director of BeijingDance/LDTX, said he had hired Ms. Berman because of her ability to make connections beyond China. “I needed someone who was capable of communicating with the Western world.” Another dynamic in the hiring process, Mr. Tsao says, is that Westerners can often bring skills that are harder to find among the Chinese. “Sarabeth is always taking initiative and thinking what we can do,” he said, “while I think the more standard Chinese approach is to take orders.” He says the difference is rooted in the educational system. “In Chinese schools students are encouraged to be quiet and less outspoken; it fosters a culture of listening more than initiating.”American Graduates Finding Jobs in China

Mr. Perkowski, who spent almost 20 years on Wall Street before heading to China, says many Chinese companies are looking to hire native English speakers to help them navigate the American market. “I’m working with a company right now that wants me to help them find young American professionals who can be their liaisons to the U.S.,” he said. “They want people who understand the social and cultural nuances of the West.” Mr. Perkowski’s latest venture, JFP Holdings, a merchant bank based in Beijing, has not posted any job openings, but has received more than 60 résumés; a third are from young people in the United States who want to come work in China, he said.

Mick Zomnir, 20, a soon-to-be junior at the Massachusetts Institute of Technology, is working as a summer intern for JFP. “As things have gotten more difficult in the U.S., I started to think about opportunities elsewhere,” he said. He does not speak Chinese but says he will begin studying Mandarin when he returns to M.I.T. in the fall. American Graduates Finding Jobs in China

A big draw of working in China, many young people say, is that they feel it allows them to skip a rung or two on the career ladder. Ms. Berman said: “There is no doubt that China is an awesome place to jump-start your career. Back in the U.S., I would be intern No. 3 at some company or selling tickets at Lincoln Center.”

For others, like Jason Misium, 23, China has solved the cash flow problem of starting a business. After graduating with a degree in biology from Harvard in 2008, Mr. Misium came to China to study the language. Then, with a friend, Matthew Young, he started Sophos Academic Group, an academic consulting firm that works with Chinese students who want to study in the United States. “It’s China’s fault that I’m still here,” he said. “It’s just so cheap to start a business.” It cost him the equivalent of $12,000, which he had in savings, he said.

Among many young Americans, the China exit strategy is a common topic of conversation. Mr. Stephens, Ms. Berman and Mr. Misium all said they were planning to return to the United States eventually.

Mr. Woetzel of McKinsey said work experience in China was not an automatic ticket to a great job back home. He said it was not a marker in the same way an Ivy League education: “The mere fact of just showing up and working in China and speaking Chinese is not enough.” That said, Mr. Woetzel added, someone who has been able to make a mark in China is a valuable hire. “At McKinsey, we are looking for people who have demonstrated leadership,” he said, “and working in a context like China builds character, requires you to be a lot more entrepreneurial and forces you to innovate.”