10 Steps to Take Before You Are Laid Off 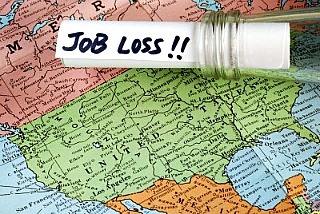 Soon being Laid off ??? 10 Essential Steps to Take Before You Are Laid Off. Even though this article was published 3 years ago, in 2008, the key points inside are still very helped in today's work place and employment market. This article was written by Kevin Merritt, founder and CEO of blist, a web-based list-sharing and database application. One of key points in his article tells that people should expand their network via LinkedIn, particularly to those don’t have an online presence. As a nation we have enjoyed relatively low unemployment for the last five years. At the end of 2007 the unemployment rate stood at 4.6%. By comparison, the U.S. unemployment rate peaked at 24.9% in 1933, during the darkest year of the Great Depression.

In October of this year the unemployment rate grew 0.4% to 6.5%, its highest rate in 14 years. Ten million Americans are now unemployed: 240,000 people lost their jobs in October, and 284,000 lost their jobs in September. That represents the biggest two-month loss of American jobs since 2001. Economists are predicting the unemployment rate will rise to 8.5% by the end of 2009, which means as many as three million more workers will be laid off in the U.S.

Because I’m a CEO who hires employees regularly, a few friends of mine who have recently been laid off have asked me for job-hunting advice. Some have asked me to review their resumes and offer suggestions. Unfortunately these folks are now in job recovery mode and aren’t able to optimally position themselves for landing on their feet.

Personally I prefer actionable advice. As such, I’m instead going to suggest ten things you can do now to be prepared for a layoff a year from now.

Being Laid Off - What Do You Do?

My wife participates in a group for moms of preschoolers, and she shared a story with me earlier this week. Each table has four young moms and one “mentor” mom whose kids are now adults. One of the young moms was concerned that her sole-provider husband might lose his job and asked the mentor what she would suggest they do. Her matter-of-fact answer was, “Well, for starters, you can stop complaining when he can’t drop the kids off at school before work and be home by 6:00 for dinner.”

Nobody knows how long the current economic crisis will last or how bad it will get. But it’s already proving to be a much tougher job climate than the past few years, and the next year looks bleaker still. Start preparing today for the possibility of being laid off sometime next year. The earlier you start, the better off you’ll be.

Unfortunately layoffs are sometimes unavoidable. If you’ve been laid off, we at blist hope we can help. We’ve created a website called Land on My Feet. It’s a simple, free, one-page, opt-in site for anyone who has been laid off to enter their name and a link to their Linkedin profile. Despite economy-wide layoffs, some companies are still hiring, and we’re promoting this site to hiring managers as a free resource to find qualified candidates. Hopefully blist can help you land on your feet.

10 Essential Steps to Take Before You Are Laid Off

Kevin Merritt, writer of "10 Essential Steps to Take Before You Are Laid Off", is founder and CEO of www.socrata.com. This link will also direct you to the company's CAREER page where you can get detail employment information.