Nursing Research Articles
Is anyone doing anything to address the generation gap?

Nursing Research Articles. Between the years 1996 and 2000, the number of nurses increased 4.1%. This sounds good until you consider that the general population increased by 6.1%... 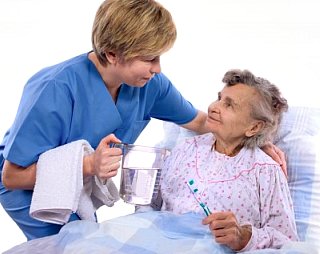 When the term “Generation Gap” was coined in the ‘60s, it was meant to describe the obvious chasm between the thinking of America’s liberal youth and the more conservative older generation. Today, the same phrase is used to describe the situation in the nursing field, but it has nothing to do with politics and lifestyle. Instead, it characterizes the fact that older nurses far outnumber younger ones, with fewer younger nurses entering the field each year.

You’ve probably seen it in the hospital where you work: one of your co-workers just retired and is replaced by a new nurse, but it’s not the 20-something person you were expecting; it’s a 42-year old. Wendy, age 47, has been a nurse for five years in three different wards in two hospitals and is still surprised to find no one younger than she is in every ward she works. This story is repeated daily across the country and its implications for the future are frightening for everyone.

A look at some of the numbers begins to tell the story. First, on a gross scale, the U.S. population in general is growing faster than the number of nurses. Between the years 1996 and 2000, the number of nurses increased 4.1%. This sounds good until you consider that the general population increased by 6.1%. This equates to an approximately 2% drop in available nurses per 100,000 patients. We all know this as part of the nursing shortage.

Now go back to that 4.1% of nurses who entered the workforce between the years 1996 and 2000 and consider that this number was 14% during the previous five-year stretch, from 1991 to 1995. In other words, the number of new nurses in that earlier time frame was ten percent higher. These numbers are magnified during every preceding five-year segment, so that we arrive at the current national average age of nurses: 45, with some states as high as 48 and even higher. In general, only about 10 % of nurses are under 30.

Not only is the total number of new nurses declining, their average age has increased to over 30 years. So, they’re immediately starting out with a more limited career span. Half of today’s nurses will be at retirement age within the next 15 years, with fewer and fewer new nurses to take their places if the current trend continues.

It can be argued that a good nursing staff benefits from the generation gap. On the one hand, there is the energy and fresh knowledge of the young nurses. No one will disagree that after 20 years of walking the floors you’re not as quick and as fresh as you were in the first year. On the other hand, older nurses offer their experience and wisdom that can only come from years of patient care. For example, where a younger nurse might encourage an elderly patient to stop eating so many sweets as part of a healthy diet, the older nurse might leave the patient’s eating pleasures alone, recognizing that while excessive sweets are unhealthy, what’s the harm if the patient’s life is difficult and short anyway?

Why are young people not choosing a nursing career as much as they did in the past? Unfortunately, the traditional view of nursing as “women’s work” is a major roadblock. As women have more career choices today, they increasingly choose fields that have a more exciting reputation with better salaries accompanying these jobs. Ironically, men seem to be getting the message that nursing is an exciting field as their numbers entering nursing are steadily increasing.

Is anyone doing anything to address the generation gap? As 40-year old ER nurse Pam puts it, “They mainly give us more overtime instead of working to improve our salaries and our working conditions. Even though I find it rewarding, I can’t encourage my daughter to choose this as a career.”

Thankfully, there are some pro-active healthcare facilities, and a lot of concern in academia and legislatures at all levels to address the nurse generation gap. Any solution needs to address both “generations”: an appeal to young people to become nurses plus a focus on retention of older nurses beyond the age of 55. While many factors influence a facility’s ability to pay higher salaries, all agree that this is the one single improvement that is essential for raising the prestige of a nursing career. Older nurses know that nursing salaries, when adjusted for inflation, have not increased since 1992. It won’t take younger nurses long to figure this out.

Other factors that would help solve the generation gap include publicity about the numerous exciting opportunities that nursing offers and changes to allow nurses more say in patient care decisions. Innovative employment benefits also help in recruitment and retention. For example, while onsite day care and sick care for children of younger nurses is common, some facilities have begun to offer benefits that fit the needs of an older workforce such as adult day care to assist nurses in caring for elderly parents. There may be an age gap, but there is no real gap between the needs and career desires of younger and older nurses.

Putting all of these numbers back to the national picture leads to a sobering conclusion. New nurses are entering the field at the slowest rate ever and older nurses are leaving earlier. Within the next 20 years, 20% of the U.S. population will be 65 or older, and by the year 2025, it’s expected that the average lifespan of women in the United States will be 85 while that of men will be 78 years. Will there be any nurses around to care for you when you need them?

Essentially, while nurses’ coworkers are of widely disparate ages, there is no gap in your basic interests: more input with patient care decisions, better pay and improved working conditions. When these issues are addressed, young people eagerly will choose a nursing career and older nurses will want to stay on the job and the gap will erode.