Where The Jobs Are and How To Find a Job

Where The Jobs Are? By Jessica Dickler
More than two years into the pandemic, nearly three-quarters, or 73%, of high schoolers think a direct path to a career is essential in postsecondary education, according to a survey of high school students. The likelihood of attending a four-year school sank from 71% to 51% in the past two years, ECMC Group found. By Jessica Dickler 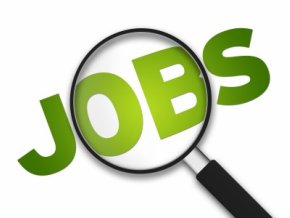 Beyond highlighting the sky-high cost of college, the pandemic has also shed light on the overwhelming burden of student loan debt. Average college tuition and fees edged higher again in the 2021-2022 academic year, reaching $10,740 for in-state students at four-year public schools, according to the College Board, which tracks trends in college pricing and student aid. Tuition and fees at four-year private institutions hit $38,070.

More than two years into the pandemic, nearly three-quarters, or 73%, of high schoolers think a direct path to a career is essential in postsecondary education, according to a survey of high school students. The likelihood of attending a four-year school sank from 71% to 51% in the past two years, ECMC Group found. Now, some 42% say their ideal postsecondary plans would require three years of college or less, while 31% said it should last two years or less. Even before the pandemic, students were starting to consider more affordable, direct-to-career alternatives to a four-year degree, said Jeremy Wheaton, ECMC Group’s president and CEO. By Jessica Dickler

More Than Half of Americans
Live Paycheck-To-Paycheck-Amid-Inflation

Here's Where The Jobs Are
A strong Summer for Teen Employment

Here's Where The Jobs Are

That sector saw net job growth of 53,000 workers, with eateries accounting for 42,600 of that gain and hotels, motels and other accommodation businesses adding 10,000. Amusement parks, casinos and other recreational firms shed 6,600 workers in December. For the year, leisure and hospitality added 2.6 million jobs, but employment itself was off 1.2 million jobs, or 7.2%, since February 2020. Employment in food services is still down by 653,000 since February 2020. The hiring in the hospitality and professional services sectors helped the broader U.S. economy add 199,000 jobs in December, according to the Labor Department data. The unemployment rate fell under 4% for the first time since February 2020 and wages rose 4.7% compared with December 2020. Still, many economists were perplexed by the headline jobs number given expectations for a gain north of 400,000 jobs.

Manufacturers, which added 26,000 jobs overall, added 7,700 machinery workers, 4,200 motor vehicle workers and 1,600 furniture employees. The Labor Department noted that about 8,000 of the net gains in machinery reflected the return of workers from a strike. Construction added 22,000 as companies staffed up on heavy and civil engineers (10,400) and specialty trade contractors (12,900). Construction employment is off 88,000 jobs from its February 2020 level. December was a lackluster month for retail as consumer-facing shops actually lost a modest 2,100 jobs in the middle of the all-important shopping season. The Labor Department said sporting goods, hobby, book and music stores lost 12,500 net positions in December but that warehouse clubs and supercenters tacked on 15,000. According to Thomas Franck PUBLISHED FRI, JAN 7 202211:03 AM EST

Where The Jobs Are