Guangdong Import Export
Guangdong China, well known as a "capitalist state" in China, is the top import and export state in the nation for over two decades. Guangdong Import Export is nearly one third of the whole China's Import and Export value, for over two decades. Being one of earliest foreign trade port in Chinese modern history and the starting point of the well-known "Sea Silk Road", Guangdong enjoys not only a long history of commerce and trade, but also a mature market economy at present 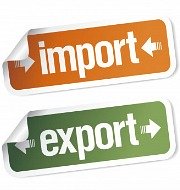 Taking a forward position in opening market and economic reform, Guangdong is one of the most vigorous and developed regions in China. Its comprehensive economic strength ranks the first in China:

Guangdong has establishing long-term and stable economic relationship with more than 200 countries and regions in the world. It has become a promising land of foreign investors. Over half of them have come for investment and world top 500 corporations have set up 581 enterprises in Guangdong. The number of the approved foreign invested enterprises in nearly 120,000 - Guangdong Import Export

The year of 2007 witnessed different degree of increase in the import and export of Guangzhou(capital of Guangdong)with its top five trading partners. The city's import and export volume with EU, its No.1 trading partner, reached USD12,724 billion a growth rate of 13.65%. The said volume was USD11,226 billion or up by 14.49% was achieved by its second largest trading partner of Hong Kong, followed by USA, the sum was USD10,859 billion, up by 0.87%.

In 2007, the industrial output of the automobile sector reached 162 billion yuan, accounting for over 16% of the city's gross industrial output value. The comprehensive economic indexes of Guangzhou’s automobile industry, including added value, profit, sales income, profit rate of capital, profit-tax rate of capital and labor productivity, rank the top throughout the country. With its sedan output ranking the second in China, the automobile manufacturing industry has become the leading among Guangzhou's pillar industries -Guangdong Import Export

The export of automobiles and parts from Guangzhou increased from USD 37 million in 2001 to USD 1.071 billion in 2007, with an average increase of 75.23 % per annum. In 2007, the city exported 43,000 complete vehicles, accounting for 5.5% of the city’s vehicle output and ranking among the top in the country. The export can be divided into two parts according to the nature of the enterprises, foreign-funded enterprises contributed to 3/4 of the automobile export value and their domestic counterparts, 1/4; if divided in terms of trade methods, 2/3 of the automobile export value was from processing trade and the remaining -Guangdong Import Export

So Far, about 350 enterprises are dealing with biotechnology R&D and production in Guangzhou. In 2007, the gross output value of the city’s biological industry was about 33 billion yuan. The contracted foreign investment was USD 54 million while the actual inflow was USD 21 million. The medical exports attained USD 306 million, an increase of 23.98%, in which the export of medical instruments was USD 197 million, up by 29.96% and accounting for 64.22%; The export of the Western medicine increased by16.10% to USD 91 million, making up 29.97% of the total while the one of the Chinese medicine, by 6.96% to USD 18 million, accounting for 5.80% -Guangdong Import Export

As for the industrial chain, several multinational chemical giants such as Exxon, Basf and Dow Chemical have settled in Guangzhou. Preliminary work has been carried out for integrated refinery project of 15 million tons under the cooperation between Sinopec and the Kuwaiti National Petroleum Company as well as for the renovation & expansion ethylene project with an annual capacity of 800,000 tons in the name of GPC.

Get Connected with Suppliers in Guangzhou

CHINA GUANGZHOU IMPORT EXPORT COMMODITIES FAIR (Canton Fair)
Canton Fair is held twice a year in Spring and Autumn in Guangzhou China(capital of Guangdong) since it was inaugurated in the Spring of 1957.

FIND CHINA MANUFACTURERS AND GLOBAL SOURCES
Global Sources is a 35 years B2B online media company. From there you will discover thousands of top quality products choices and hundreds of suppliers with strong commitments to exporting in every industry-specific Global Sources magazine.